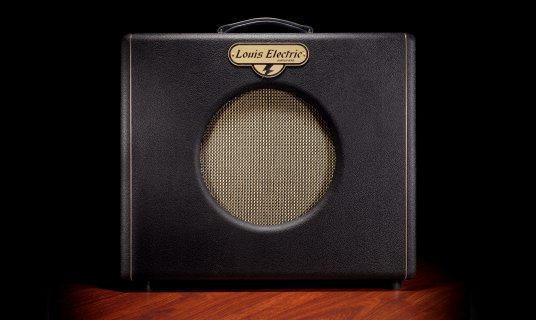 The KR12 is an EL34-based, single 12" combo. It is the result of Louis Rosano's longstanding work with Hubert Sumlin and Keith Richards.  The KR12's four inputs offer different levels of gain from crisp, crunchy throatiness to a hefty vintage rock bark. Based on the Louis Electric M12 used by Sumlin, the KR12 has several gain options and unmatched headroom, but preserves the warmth of a 1950's and 1960's vintage style amp. The KR12 has Volume and Master Volume controls, middle, treble, bass plus Presence. In addition, on all new KR12 models, the damping knob which adjusts the level of negative feedback will be placed on the top control panel.  This is an excellent feature to have because most amplifiers only offer a fixed resistor in the feedback circuit which limits tone shaping. The new KR12 offers a single ended switch which provides the player to run the amp at 20 watts. Winner of 2004 Guitar Player Editors' Pick award