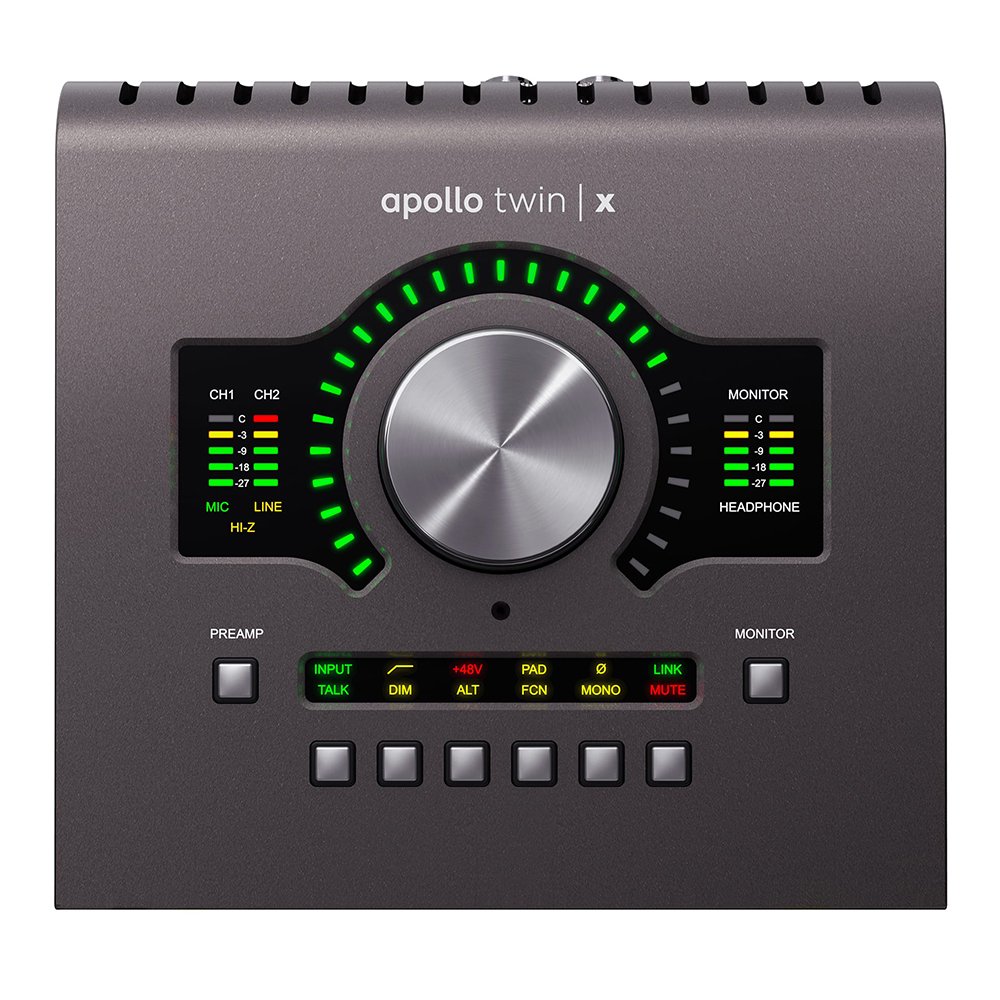 Elite Audio Conversion and Unison Preamps, on your Desktop.

Built upon UA’s 60-year heritage of audio craftsmanship, Apollo Twin X confidently outperforms everything in its class with 127 dB D/A dynamic range, along with an included bundle of UAD analog emulation plug-ins and LUNA Recording System, giving you a fully-stocked analog studio, right on your desktop.

The secret to Unison is its hardware-software integration between Apollo’s mic preamps and its onboard UAD DUO or QUAD Core DSP Acceleration. Simply place a Unison preamp plug-in on your mic input in Apollo Console software, and it physically reconfigures the Apollo interface's impedance — so you can tap into the classic sounds of the world’s most recorded mic preamps.