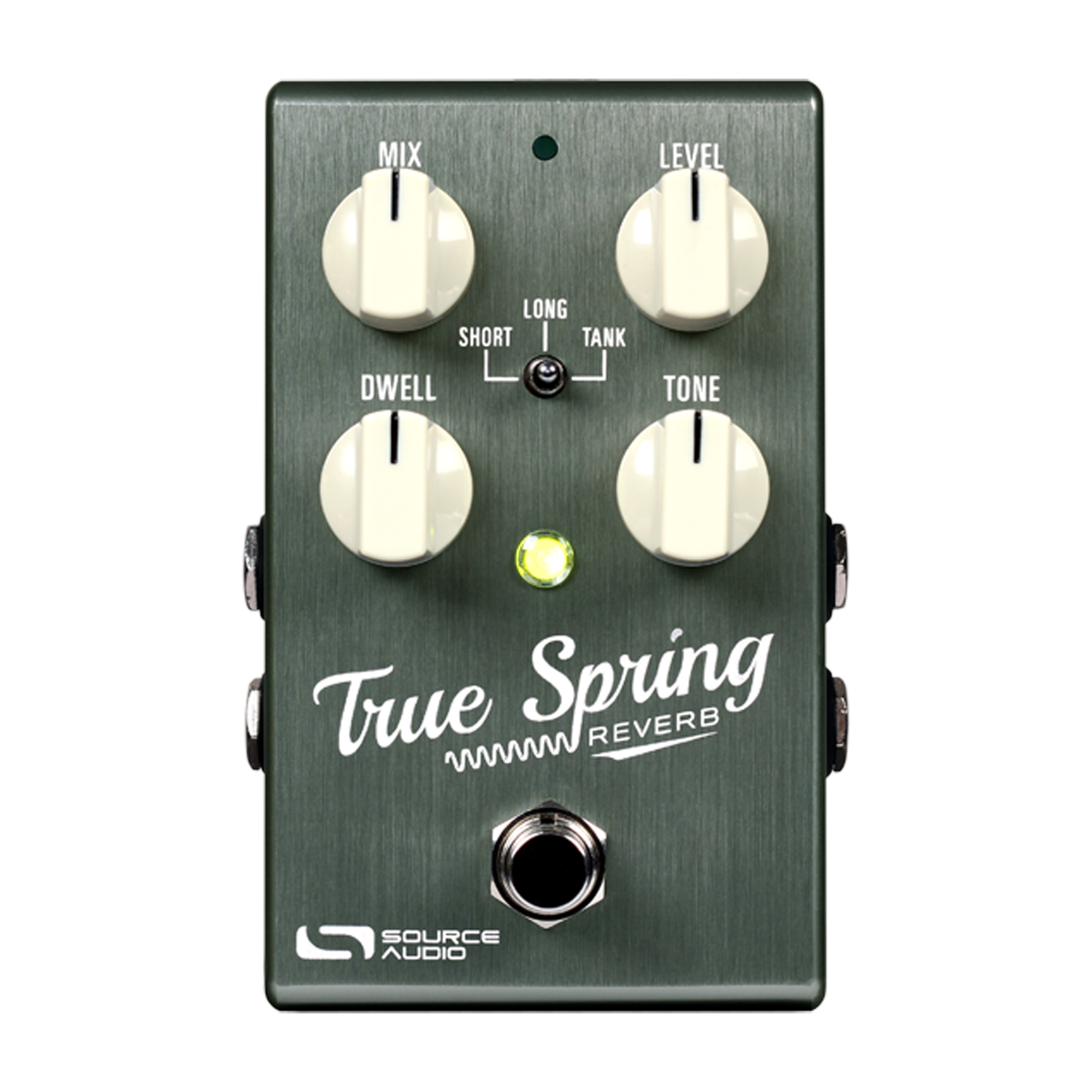 FREE SHIPPING
Turn on to the vintage charm of natural spring reverb coupled with pulsing tremolo. Source Audio doesn’t depend on the off-the-shelf reverb effects processors found in many modern reverb pedals, we meticulously craft every one of our proprietary effects engines and load them to high-powered, 56-bit Sigma DSP.  Our two man engineering team of Bob Chidlaw and Jesse Remignanti put years of collective man-hours into capturing every nuance and idiosyncrasy of the spring reverb and tremolo effects from some of the music gear industry’s most iconic guitar amps and outboard gear. The result is indisputable sound quality with magnificent tonal depth and precision.

The True Spring’s reverb effects are based on a mechanical design originated by the Hammond Organ Company™ in the late 1930s. This stark design uses a pair of input and output transducers to inject an instrument’s dry signal into an actual set of spring coils and capture the very distinct reverberations as the sound bounces back and forth within the springs. Of course, Leo Fender adopted this design in the 1960s with the some of his "blackface" amplifiers and a revolution was born.
​

The True Spring Reverb also allows you to combine any of its iconic spring reverbs with any of the pedal's three tremolo effects. The True Spring's tremolos are the same organic effects that originally appeared in our Vertigo Tremolo - the winner of Guitar Player’s “Hall of Fame 2015” and Premier Guitar’s “Premier Gear Award.”