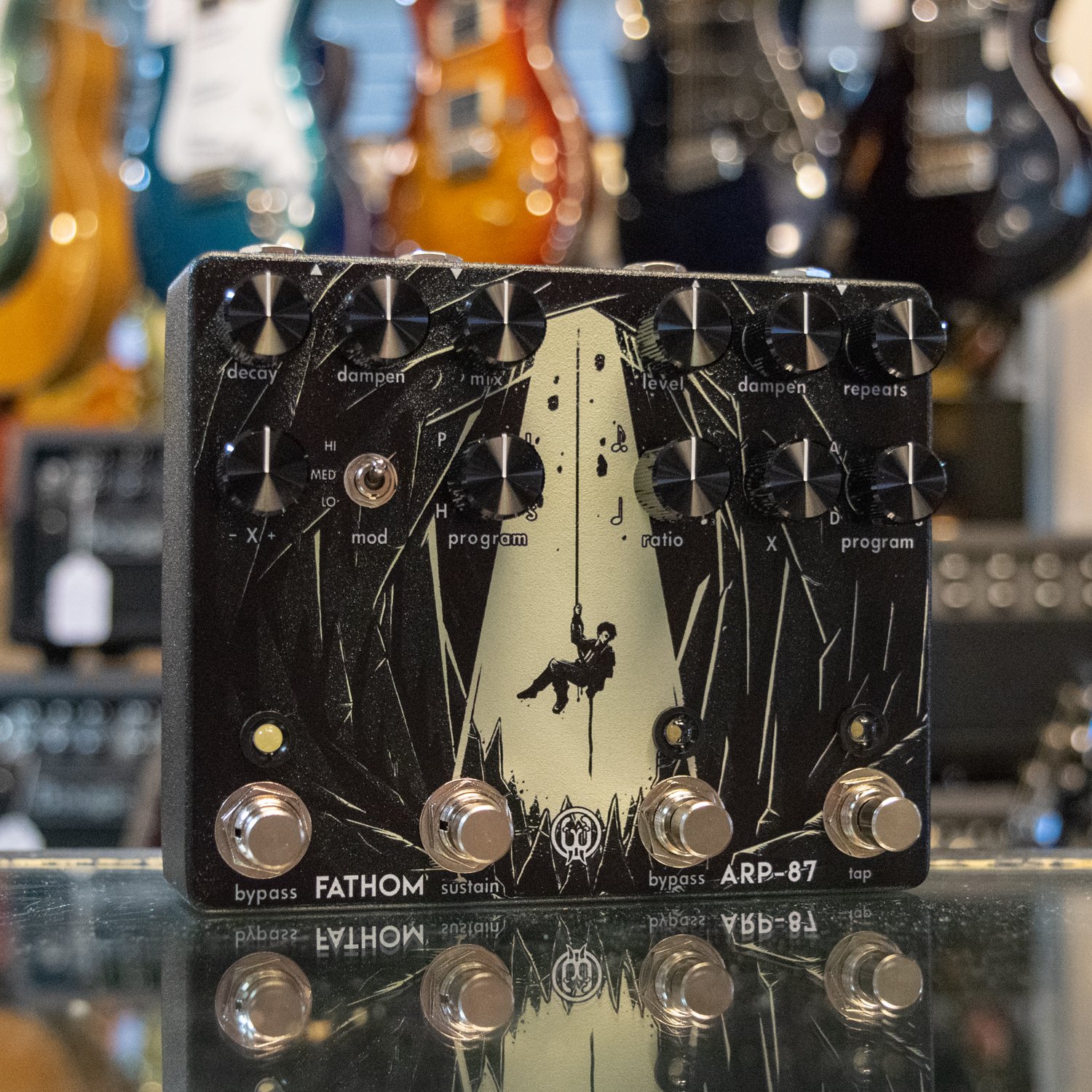 Scully and Mulder, Solo and Chewy, Doc Brown and Marty McFly, ARP-87 Delay and Fathom Reverb. There have been fewer perfect partners in our history and the Walrus Audio ARP-87 Multi Function Delay and Fathom Multi Function Reverb have become an even more inseparable pair. Chicago Music Exchange and Walrus Audio have collided galaxies for this killer run with both pedals under one hood. Get lost in the vast depths of space and create your own soundtrack for the epic story that illustrator Adam Forster has created for this amazing duo. Run the pedals in series by going in the ARP-87 and out the Fathom or use the output of the ARP-87 to run other effects in between the two!