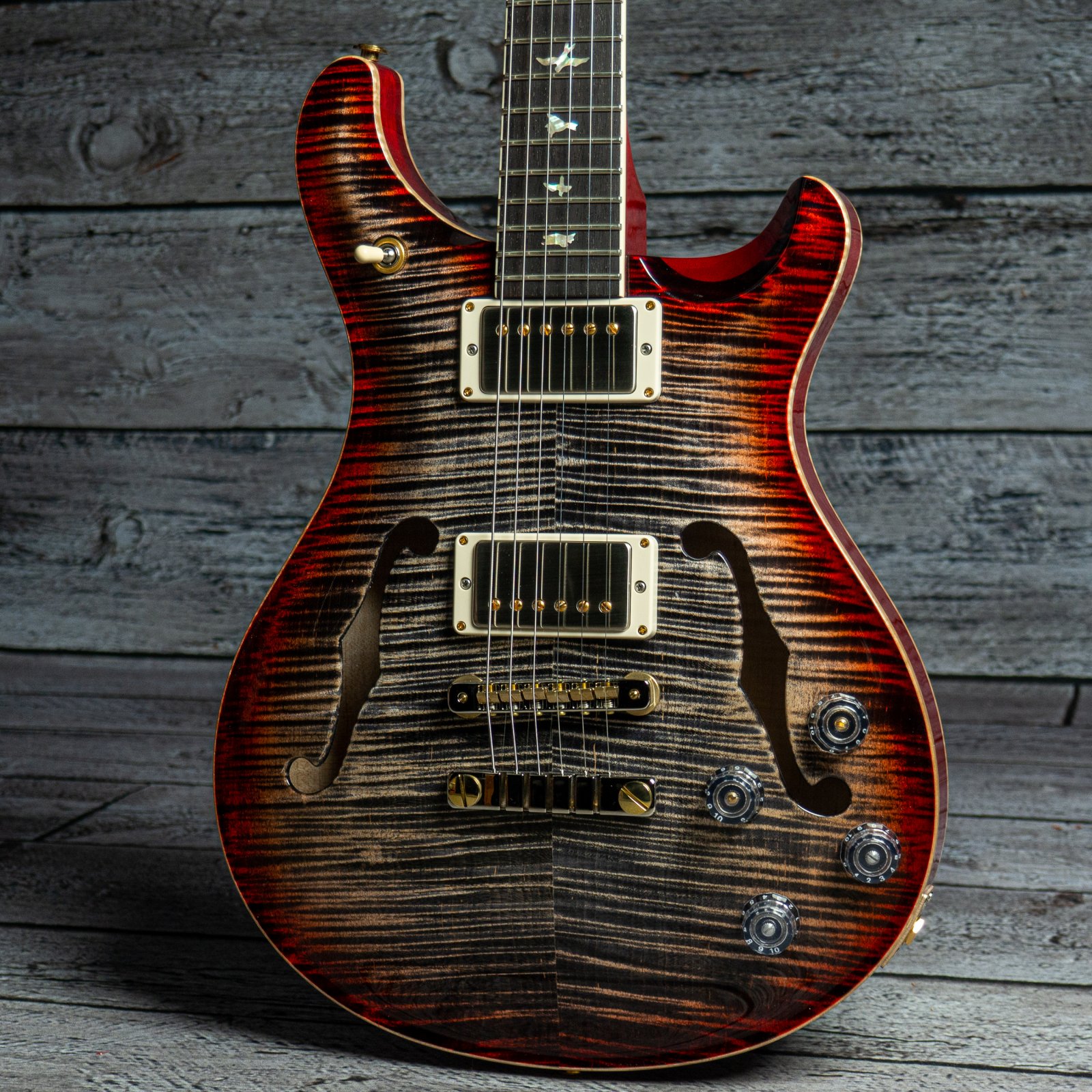 This PRS 594 Hollowbody II sounds incredible and features a stunning carved maple 10-top that is highly figured and finished in Charcoal Cherry Burst with a Nitro Over Cellulose CAB finish that exaggerates the figuring resulting in a holographic and 3-D look.


The McCarty 594 Hollowbody II brings a new set of features to one of our most beloved models: the Hollowbody II. With fully-hollow construction, the Hollowbody II is a resonant guitar with a warm, woody tone. The details carried over from the McCarty 594 model impart vintage character to this already classic instrument. 58/15 LT pickups, which have now been through the TCI (tuned capacitance and inductance) process, ensure that these guitars are clear and musical while dual volume and push/pull tone controls offer plenty of versatility. The zinc two-piece bridge and vintage-style tuners anchor this guitar and stay true to the promise of the McCarty family.

“One of my sayings is that everything that touches the string is God – well, that’s really the bridge, the nut, and the tuners. The updates to the McCarty family make a huge difference in their tone. The guitar sustains longer and the tone has more character,” said Paul Reed Smith.

For 2020, PRS has updated this model with TCI-tuned pickups and nitro over celluose (CAB) finish.

In the late 1980’s, Paul Reed Smith called on Ted McCarty to consult with him on guitar design and production techniques. He not only served as a mentor but became a great friend of Paul and everyone he met at PRS. In 1994, PRS released the first McCarty, an instrument that incorporated the full spectrum of techniques and knowledge Paul had gained from Ted as well as his own experiences as a guitar builder.


Parkway Music is an Authorized Dealer. Our shipments are always insured and packaged securely and professionally. All of our instruments are fully inspected to meet our high-quality standards and set up by our in-house luthiers prior to shipping. Please feel free to reach out to us for setup specifications and more information!